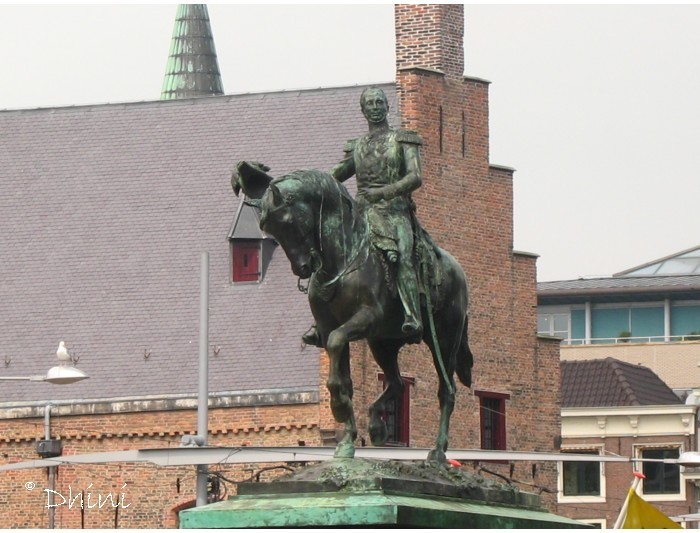 Previous Next
← previous day next day →

Posted by Dhini (Dordrecht, Netherlands) on 10 October 2007 in Cityscape & Urban and Portfolio.

Thanks for visiting and leaving the comments

Any tips and advies are welcome :)

Thanks for visiting and leaving the comments.

This is a big switch from the smilely plates! I've been to The Hague a few times - nice town ;o)

lovely image. What is that green stuff on the man and the horse? Who is this man?

Rags, this man is king Willem II (William II) of the Netherlands ((1792-1849). The green stuff is a layer of rust on bronze, which is natural for bronze: all bronze and copper objects (mostly statues and roof coverings) get it. The statue is moved to this place, (the houses of Parliament in The Hague) from Tilburg a city in Brabant. As a child I found the statue a landmark in the crowded city, an orientation point.
Dhini, I'm so glad you post a couple of pictures of Den Haag (The Hague), the city of my youth where my grandparents and parents lived! They lived in de Stuwstraat (Laakkwartier) and de 1ste Van den Boschstraat (Near Schenkviaduct). It's the most beautiful city of the country and they say it's the biggest village of Europe :)